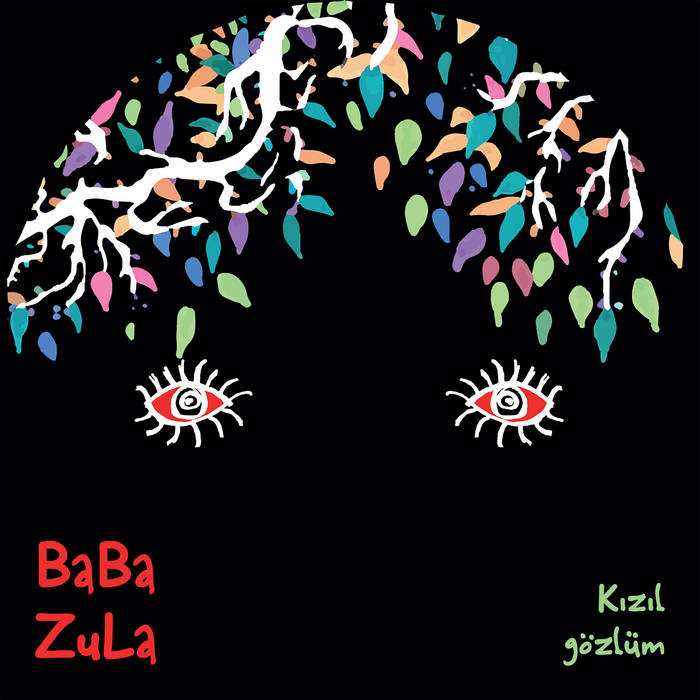 Joel Davis Is The Vibrarian

BaBa ZuLa, the legendary ensemble from Istanbul, have brilliantly established themselves over the past two decades as the missing link between Turkish Psych, Krautrock and dubwise stylings.
The Kızıl Gözlüm EP, the first follow-up to their career spanning retrospective "XX,” finds the band more experimental and expansive than ever.

The 3-track EP features exploratory versions of songs from their upcoming Glitterbeat album “Derin Derin” (out in September).

Side A: Kızıl Gözlüm (My Scarlet Eyed)
Kızıl Gözlüm was arranged and produced by founding member of BaBa ZuLa, Murat Ertel. The 12” version is a wired reinvention of the original album track. The sound is psychedelic urban folk rock where the Turkish Huseini maqam is synched with synth drums. The track also includes bendir (frame drum) and spoon performances by the band’s other founder Levent Akman and the grandioso electric oud of master Periklis Tsoukalas. While it is a love song, it nevertheless is spiked with crazed, passionate electric saz solos from Ertel.

Side B: Kervan Yolda (Schneider TM Remix) / Kervan Yolda (Arastaman Remix)
On the flip side there are two radical re-interpretations of Kervan Yolda (also from the new album). The first one is by Schneider TM (a.k.a. Dirk Dresselhaus), a seminal fixture of the vibrant Berlin electronic scene. Schneider TM treats this road song in his own dark but playful manner. The atmosphere is thick, the groove powerful and the chopped and granularized vocals first morph and then return the story to real life.

The second remix is by the resident engineer of BaBa ZuLa - Arastaman – who maintains a parallel existence as an electro madman in the band Dub Again. Aquatic and hermetic the mix pulls us deep into the wide open space between the beats and the notes. The space where all true dub resides.

The labels for the EP were designed by Esma & Murat Ertel and feature the work of Mengü Ertel, the father of Murat who was an internationally renowned graphic artist.