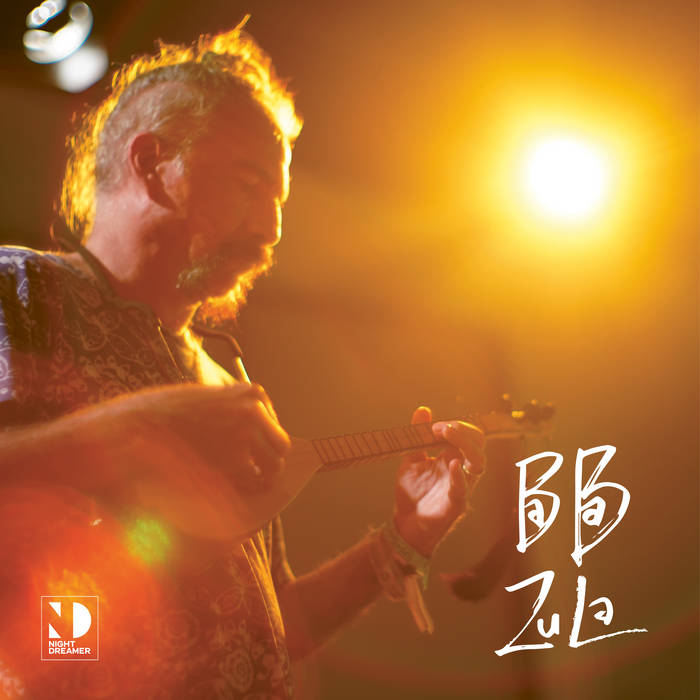 deepd3 Like the whole album, this song is from another world. Favorite track: Kücük Kurbaga (Froggie).

BaBa ZuLa describe their sound as ‘Psychedelic Istanbul Rock ’n Roll’ – a heady mixture that laces the classic Anadolu psych sound with modern electronics, dubwise studio smarts, and fiery left-field sonic radicalism. Founded in 1996 after the break up of experimental band ZeN, BaBa ZuLa began by scoring for film, before developing a style that pushed the classic Turkish psych sound of the 1970s forward into the 21 st century.

The band are led by electric saz player Osman Murat Ertel, who grew up in the creative musical milieu of 1960s Istanbul. It was an era of innovation, when a new wave of musicians such as Erkin Koray and Barış Manço, and groups like Moğollar and Bunalım, were fusing the ancient folklore sounds of rural Anatolia with international psychedelic rock and pop to create the renowned musical fusion now known as Anadolu psych. Among the most important innovations of the era was the electrification of the saz, a seven-string bouzouki-like instrument also known as a baglama that dates back to 1000BC, and which is the most important instrument in Turkish folklore. As the microtonal sound of the saz was cranked up through electrification, the ancient folk music of the saz-playing ashiqs – travelling troubadours, able to speak truth to power from beyond the fringe of mainstream society – was made newly relevant for a modern generation. With the searing fuzz of Ertel’s virtuoso saz playing at the front and centre of the BaBa ZuLa sound, this radically innovative tradition is the backbone of the group’s music.

But the BaBa ZuLa musical vision has always been exploratory. ‘BaBa ZuLa is a special group,’ explains Ertel today. ‘We are following traditional Turkish psychedelic folk, and mixing in stuff from all over the world, but we are not doing it the way people did that in the 1960s. We have other approaches.’ Most notably, Ertel’s love of reggae led to production collaborations with celebrated reggae artists including dub master Mad Professor and legendary rhythm team Sly and Robbie. Searching for input from motorik rock and electronics, they have worked with drummer Jaki Liebezeit of krautrock supremos Can and bassist Alexander Hacke of industrial experimentalists Einstürzende Neubauten, and with their penchant for improvisation they have worked with French improvising guitarist Titi Robin and Norwegian jazz legend Bugge Wesseltoft. With their feet planted firmly in the Anadolu psych of their Istanbul base, the band have drawn threads from across the musical spectrum and woven them into a uniquely outernational expression of psychedelic rock.

Dubwise studio flair is usually a big part of a BaBa ZuLa recording, but the full force of their music is best experienced live, where the magic of the boards is replaced by the sorcery of extended, trance-like jams lit up by scorching improvisation and super heavy riffs. It is in a live setting where the truly psychedelic aspects of their music become apparent. ‘I always like live playing,’ says Ertel. ‘I like improvisation, I think the real music is improvisation, and it is very precious.’

In keeping with Night Dreamer’s one-take, live-to-disc ethos, for this session BaBa ZuLa rocked it live in the studio, bringing the fiery energy of a gig performance to a raw studio session so expansive it required a 2LP to do it justice. ‘It was a musicians dream,’ says Ertel of the session. ‘Cutting direct to disc and doing a whole album live from start to finish, this was a challenge for us!’ he explains. ‘This way you cannot hide anything – you have to play the whole side of the record, in the best way, with all your flaws! he says. ‘With this record you can get as close as you can to a live BaBa ZuLa experience’.

BaBa Zula co-founder and percussionist Levent Akman agrees: ‘Being a member of the BaBa ZuLa group always means being ready for live recordings and concerts,’ he says. ‘The people who listened to our albums and came to our concerts sometimes told us that they couldn’t find the energy of the concerts in the albums. Every time we heard this comment it made us a bit sad. But I think that we have succeeded finally with these recordings. All the songs we recorded had an extreme positive aura to them.’

Murat Ertel also considers this session significant for another reason – it captures the band together just before the coronavirus pandemic separated them. ‘This record’s timing is also very important, because at the moment bands cannot perform,’ he says. ‘This makes the recording even more precious, because it was before the pandemic, and it shows the power of people playing together. The interplay between us, and the telepathy we have after more than twenty-five years together, really creates a group feeling.’

The result is an extraordinary recording that documents one of the world’s heaviest bands at a decisive moment in their twenty-five year history, putting everything into a live session that captures their visionary expression of classic Anadolu psychedelia at its most naturally incandescent.

Featured sounds by K.Spark and WIZDUMB, plus Basi joins the show to discuss his latest release.